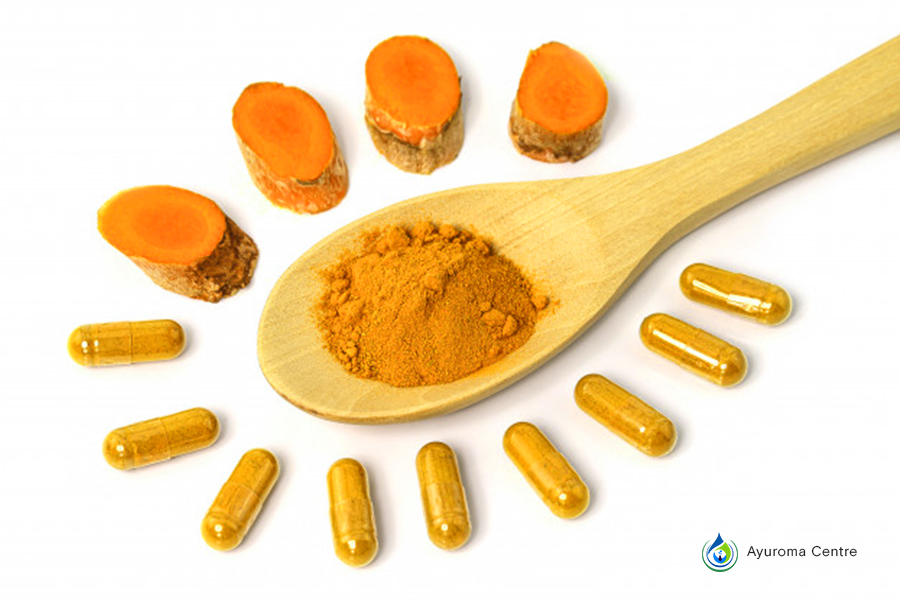 Cancers have been the leading causes of death worldwide, and to prevent or cure cancer are so alluring in this very challenging condition, Although modern treatments are standard for all cancers, some people also see complementary therapies for relief. It is known in Ayurveda and modern sciences that turmeric can play a vital role in the prevention of cancer.

Turmeric contains three principal components, curcumin, demethoxycurcumin, and bisdemethoxycurcumin, of which curcumin is the most abundant and compelling bullet for the treatment of cancer, although this only accounts for approximately 2%-5% of turmeric. Besides, turmeric contains several volatile oils (e.g., zingiberene, atlantone, and turmerone), sugars, resins, and proteins.

Curcumin of Turmeric: A Magic Bullet in Prevention of Cancer

Curcumin [diferuloylmethane,1,7-bis-(4-hydroxy-3-methoxyphenyl)-1,6-heptane-3, 5-dione], a yellow broad-spectrum anticancer polyphenolic derivative, a typical Indian spice, which is derived from the dried rhizome of the Curcuma longa plant. According to the research of Memorial Sloan Kettering Cancer Center, some rats exposed to cancer-causing substances and then treated with turmeric did not develop stomach, colon, or skin cancers.

In the future, further research will make sure the potential of curcumin analogs as effective chemotherapy agents.

How can we extract curcumin from turmeric?

The most generalized and straightforward process to extract curcumin for turmeric dry root powder is through the solvent extraction process.

How can we use turmeric and curcumin?

Turmeric can be used in several forms, such as cut extract, powder, tea, and spice. There are not any officially recommended dosages for turmeric or curcumin. So you should consult your doctor or a natural health practitioner for dosing recommendations. Both turmeric and curcumin are absorbed well with black pepper

In India, a typical curry recipe uses 1 tsp (around 3 g) for four people. However, 4 g of curcumin a day, recommended dose would equate to well over 100 g of turmeric powder daily. Therefore you could also skip the turmeric and use curcumin supplements in the form of a capsule or tonic. Most people tolerate turmeric and curcumin well.

Why Essential Oils Are Important & How to Use Them